Today I decided to talk about something different, something that seems to be in the back of a lot of singles minds. LOVE, it is a many splendored thing isn’t it? A peculiar thing if you ask me.

Love comes in many forms: friendship, respect, fiery passion, last forever, unrequited, lover, girlfriend, wife, mistress, husband, boyfriend, friend with benefits… and all the spectrums of craziness in between.  But, in the end, timing is everything.

We say we are looking for love, that we want love, because love makes us happy. Love makes us smile a little bigger, love tickles our stomachs and love makes us do nice things. But, love also terrifies the hell out of most of us as we think about the ramifications of what a broken heart can bring and of course, the fear of rejection.

Ah, the cursed broken heart that can send any person to run and hide behind their impenetrable walls. I’ve definitely been on both sides of the fence with this one.

You meet someone nice, cool, have great conversations, can actually see yourself spending time with, which in such a rapid paced world, time is limited and opening up those extra moments to share with someone means something. And then, dun dun dun…. the fear storms in, sending everything into a scivvy.

All of sudden one of the parties starts to pull away with no warning. Questions are asked, excuses are given: ‘Oh, I’ve been so busy, my life is crazy right now, work is really taking up most of my time’… I’ve not only heard them all, I’ve used most of them as well.

Usually things go two ways:
-you can walk away telling yourself, ‘they really didn’t deserve you’
or
-you can make a complete fool of yourself.

Which, I suggest when choosing the latter, do it when sober. What seems like a good thing to say on that second glass of wine or third cocktail, might not be so witty or important when you wake the next morning with a slight aching in your brain asking yourself,
Oh god, did I send that text?

Sometimes the complete fool wins out through sheer persistence and you end up being a great love story;  sometimes you move on and sometimes, you end up living with that gnawing feeling of ‘what if’.

I hate those ‘what ifs’, they drive me crazy.  It doesn’t happen often enough that you meet someone where all three elements collide: intelligence, personality, great sexual energy.  Add in a really nice butt, eyes that can melt you, and a mutual respect for each other, and like Andrew Dice Clay says, “bada bing bada boom”.

It’s all a game.  People say they don’t play games, they don’t want drama, they want things to be mellow; but it’s rare those statements are the reality, even with the best of intentions.

People are afraid to be honest and therein lies the game. As you get older moving out of your carefree twenties, through the thirties and into your forties, two general things happen; the carefree is traded in for responsibility and you become more ‘picky’. Though we all know that ‘being picky’ is really just not dealing with all the bullshit you did when you were younger.

I see it all the time, in all types of relationships. I am a firm believer in being honest and upfront, which at times hasn’t made me many friends, none-the-less, it’s what I have been taught. At least you know what you’re getting yourself into or out of with honesty. When someone is honest with their feelings, you then have the choice to pursue or fallback. But the wishwashiness of the continued ‘maybe’ is just leading someone on.

Now, like I have said, I have been on both sides of the coin and not always have taken my own advice. I’ve wishwashed before and now in hindsight can see that I was too afraid to be honest with myself and with the other person.

If I really like the person, I start asking myself:

What if he finds out I’m this crazy passionate gluten free girl with ADD who runs before she crawls, who tends to say inappropriate, but witty things, has been known to have the mouth of a trucker, can be pouty and hormonal and still believes in the happily ever after fairytale, even though most people think it doesn’t exist. Will he still like me? Will he run? Will he try to change me or accept me for who I am? Will he take me into his arms and kiss me like Tom Cruise kissed Kelly McGuillis in Top Gun after he takes off on his motorcycle and she chases him?

I suppose we all have our idiosyncrasies.

Finding the perfect person is finding someone whose imperfections makes them perfect for you. Someone you can talk to about anything, feel comfortable with in those silent moments, laugh with until you cry and cry with until you laugh. Someone you can dance in front of with no music and not feel like a complete dork, even though deep down that is exactly what you are and they are ok with it.

I know ‘happily every after’ takes work and sacrifice, it’s not like you get to see Cinderella arguing with Prince Charming or cleaning up his throw-up after a bout with the flu or a nite out with the boys. But that is the reality, the fairytale within the reality.

There are many people out there who no longer love their significant other but stay for money, fear, kids or the myriad of other reasons they might have. People who’ve stopped working at their love, letting it slip away, inviting wandering eyes into their lives and into their beds.

Some say that love is blind, but we all know that it isn’t.  The blindness is either the refusal to see the truth or being able to see it and loving them in spite of it. I believe that if we were all blind, we might pick very different partners to fall in love with. Imagine that for a moment, love based completely on basic needs; leaving your imagination to create the visual.
(Enlightening Exercise for Couples Here)

It is easy sometimes to put thoughts of love, meeting someone new or moving to the next level in a relationship on the back burner, because we are afraid and filled with excuses of why we can’t. Don’t let  fear and excuses get the best of you. Because when you do find that ‘perfect someone’ with intelligence, personality and great sexual energy who makes this crazy world seem a little less insane, maybe you will be more willing to take a step forward instead of walking away.

Keep your hearts open, make yourself available, be honest with the expectations of love you want in your life, the love you need in your life and choose to not settle for anything less. 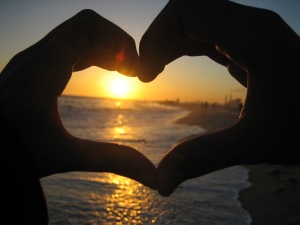 Tell All Tuesday on GlutenFreeFrenzy featuring ‘me’, GlutenFreeGal… Check It Out

WHY IS FIBER SO IMPORTANT?

WHAT IS YOUR DEFINITION OF SUCCESS? Only You Can Decide… a message to a friend

Now that I have Your Attention Gluten-Free Men… Let’s Raise Awareness!!!

GMO CORN: One Woman’s Health Journey to Hell & Back 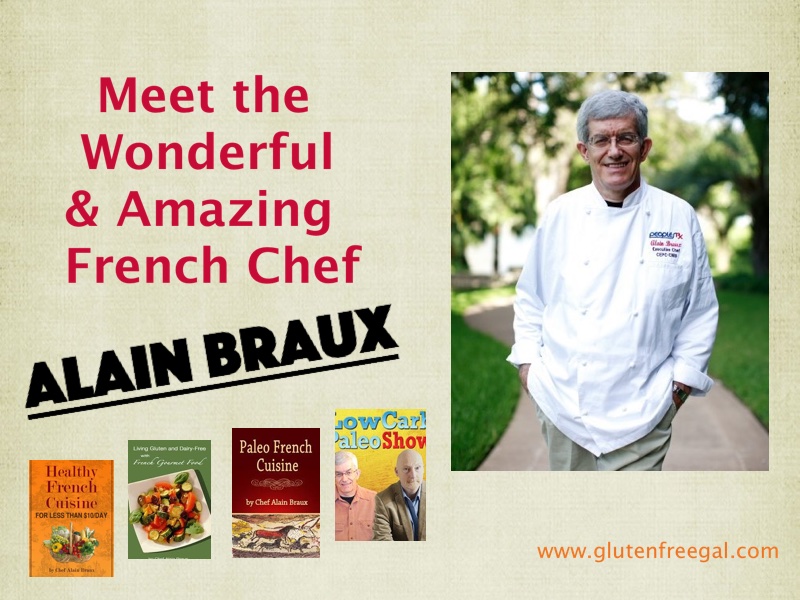