Celiac Sprue Association SELLS OUT to Omission ‘barley made’ Beer

Let me preface this article by saying that, this is NOT about if you Can or Cannot drink this beer.  It is NOT about if you have symptoms or not; most people with Celiac Disease, either have very minimal or no outward symptoms. But, this DOES NOT mean that just because you have minimal or no obvious symptoms on the outside, that damage is not still being done on the inside. 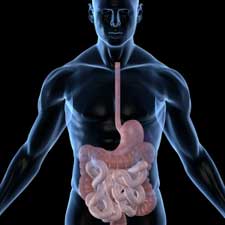 This subject of Omission Beer being gluten-free or NOT has been an on-going issue with me, as you can read in my other posts.  Now it seems that the largest non-profit celiac support group in America, The Celiac Sprue Association, has: declared, backed, and put their seal of approval on Omission, the barley made ‘gluten removed’ Beer, which is NOT GLUTEN FREE.

HUGE SELL OUT for the Celiac Sprue Association and a bad judgement call.  CSA states this on their website,

Products bearing the CSA  Recognition Seal are suitable for all those on a celiac diet — sensitive or not so.  To assure risk-free choices for all celiacs, products are free of wheat, barley, rye, oats, their crosses and derivatives in product ingredients, processing and packaging. The CSA Seal, currently found on more than 1100 product brands, embodies the CSA’s commitment to a consistent, meaningful, and verifiable definition of products that are the most risk-free for consumers on a celiac diet.

“We take very seriously our mission of ‘celiacs helping celiacs.’ Omission Beer clearly meets our strict standards as a risk-free choice for Celiacs.”

Which statement is correct?  And what types of methods are you using to gauge “risk free” besides the testing kits for malt beverages that are not approved? What type of research have you done or are doing?  How many people’s intestines have you researched over time to conclude that you can absolutely assure the public, with your seal of approval, that it is safe?

Celiac Sprue says they have had their own strictest of tests done on the beer, that even the worst of their Celiac’s can drink it with no problems, “In earning this recognition, Omission Beer has undergone CSA gluten testing methods – the industry’s strictest – and tested well below the FDA standard for gluten-free of 20 ppm.”

Yet the TTB, who is responsible for labeling Omission Beer gluten free says,

There is no TTB approved standard test to VERIFY fermented products are free of gluten.

TTB will allow use of the statement “Processed or Treated or Crafted to remove gluten ,” together with a qualifying statement to inform consumers that:

(1) the product was made from a grain that contains gluten;

(2) there is currently no valid test to verify the gluten content of fermented products; and

(3) the finished product may contain gluten.

Because the current tests used to measure the gluten content of fermented products have not been scientifically validated, such statements may not include any reference to the level of gluten in the product. TTB believes that the qualifying statement is necessary to avoid misleading consumers about the gluten content of these products because of the serious health consequences associated with the consumption of gluten by individuals with celiac disease.

So, what industry would that be CSA, if the TTB & the FDA who regulate ‘the industry’, say there is no scientifically approved standard test?  And also let me reiterate,

“TTB believes that the qualifying statement is necessary to avoid misleading consumers about the gluten content of these products because of the serious health consequences associated with the consumption of gluten by individuals with celiac disease.”

The following chart compares requirements for the Codex Alimentarius, FDA, and the CSA Recognition Seal definitions.

So again, the contradiction continues.  One minute CSA agrees with TTB & FDA saying, ‘gluten removed’ is, “Not allowed with present available commercial methodology the extent or consistency of the processes is not measurable” and now you are saying that the same methodology is ok.

So to throw in another wrench and confuse the issue even more, CSA has added this to their website as well:

Celiac Toxic Amino Acid Sequence?  Again, people are still confused over what gluten free is and now the Celiac Sprue Association wants to throw in, look for food that contains all the ingredients we say you shouldn’t eat like wheat, barley or rye, as long as it is “absent of the celiac toxic amino acid sequence’.

My problem is not with whether a celiac can drink a ‘gluten removed’ beer without getting sick, which we have no idea about because there has been no research to date on this subject.  My problem with Omission Beer being labeled gluten free from a trusted Celiac Group, is that it sends the wrong message and confuses an already confused public of what they can and can’t have.  We as a community have only just begun to educate and research what Celiac Disease, Gluten Intolerance and Gluten Free is.

*There is a whole community of doctors who still do not believe in or accept Celiac Disease or Gluten Intolerance as being as rampant or as serious as it is becoming.

*And another community who ‘are’ those terms and trying to figure out how to live and what to eat.

As a Celiac Foundation, your first priority is the people it serves.  It seems in this situation that CSA has completely missed the mark on what is in the best interest of those people.  It is extremely disappointing that you, Celiac Sprue Association, have chosen to put your seal of approval on a product that clearly did not start out gluten free, but through a ‘new innovative’ process that has NOT been scientifically approved, can now self claim they are, with your help.

I believe we are way to early in the research and education process with Celiac Disease & Intolerance to be claiming that an ingredient like barley, which has proven to make us sick if ingested, is ok in any form.  I believe it opens the door to more bandwagoners who think they can now claim their barley, wheat, or rye product is gluten free.  CSA has set a dangerous precedent by putting the cart before the horse.

I am not saying that maybe one day in the future that these once forbidden ingredients may be again an option, who knows. I am saying that this new innovative testing and process for removing gluten is new, not proven and not backed by any reputable agency like the TTB or FDA.

I do not understand the rush for CSA to make such a resounding call that is now echoing through our community, maybe causing more future bodily damage then ever imagined.  My question to the Celiac Sprue Association is, Why Are You In Such A Hurry to put your seal on such a controversial product and Why Would You Not Wait For An Approved Scientific Test backed by any regulatory agency? 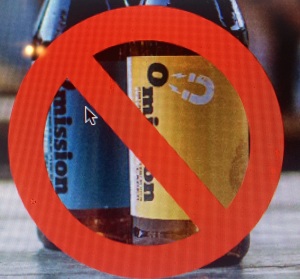 Everything You Wanted to Know About, The Dark Side of Wheat

Do You Keep ‘Glutening’ Yourself? Check out this List of the Hidden Sources of Gluten

WOMEN, Do You KNOW How To PROTECT Yourself? How Aware Are You?

GLUTENED AGAIN?! CHECK out this LIST of HIDDEN WHEAT SOURCES

Celiac Disease Can Cause Blindness? Here is Bunmi Sobowale & Her Courageous Fight

Gluten-Free FAD FAD FAD… Will it Ever STOP!

What caused my body after 30 years to trigger my Celiac Disease?

The Most Comprehensive Video on Celiac Disease from, The View & Elisabeth Hasselbeck

Why ANGER CAN KILL YOU